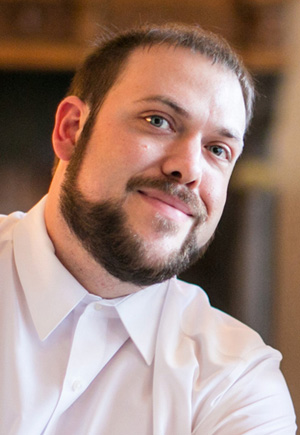 John recently married his beautiful wife Danielle and they are enjoying starting their life together. He is a graduate of the University of Texas at Austin with a degree in Geography. John’s interest in geography began by traveling with his father across the United States. During his youth, John’s family hosted exchange students from Denmark, Brazil, Spain, and Germany.

Professionally, he works in Information Technology and Geographic Information Systems. As a GIS Support Analyst, John has an eye for detail and the creativity to solve problems. His work has also included consulting jobs at major energy companies in the Houston area. In his spare time, John enjoys collecting election data and doing spatial analysis on voting trends. Technology is a very powerful tool to build networks and spread information. GIS helps to identify areas for targeting and identifying new individuals that are ready to get involved as grassroots activists to change bad laws.

John is the current Chairman of the Texas Young Republican Federation. Additionally, John serves on the City of Houston’s Houston Public Safety Advisory Committee, where he is charged with meeting Houston residents to hear concerns, and relay those concerns to the Houston Police and Fire Departments on a quarterly basis. He is the former President of the Houston Young Republicans and was a founding member and former Treasurer of the Houston Republican Liberty Caucus. John was voted 2014 Man of the Year by the Texas Young Republican Federation. John is active with many other clubs in Houston as he continues to build onto the grassroots network in Harris County and beyond. John has a passion for volunteering and works with many organizations and charities in Houston.

During the 2012 election cycle, John attended a training session to be an eligible voter registration volunteer at the Harris County Republican Convention. This is where he met Ann Lee, according to John:

“After the training, as I was walking back to my car, I noticed this old lady with blinding white hair. As I watched her for a moment, I noticed her medical marijuana lapel pin. I almost couldn’t believe it and had to stare again. This nice old Republican lady did not meet my idea of a fellow marijuana advocate. After a slight hesitation, I said, “Hey, I like your pin.”

This began one of the greatest friendships of my life. She thanked me for noticing her pin quickly introduced herself as Ann Lee. As we stood in the parking lot talking about marijuana policy and the injustices of prohibition, she told me the story of her son, and how he changed her opinion on marijuana. When she mentioned her son ran a medical marijuana university in California, I thought, this cannot be the founder of Oaksterdam University, Richard Lee’s mom I’m talking to. She replied that Richard was indeed her son and then we were interrupted by a sober moment.

Only a few weeks earlier Oakerstam University, Richard’s home and several businesses had been raided by the IRS and DEA. Many University records and much of Richard’s property were seized. At that moment we started talking about ways to move forward with marijuana policy reform at the upcoming Republican conventions. When Ann introduced me to RAMP, I was eager to get involved.”

The six-month pilot program will be coordinated with the Harris County Sheriff’s Office and the Houston Police Department. RAMP supports… read more »

History was made on Wednesday, January 1, 2014 when U.S Marine and Iraq war veteran Sean Azzariti made the first… read more »

A recent survey by Public Policy Polling has found that Texans are fed up with marijuana prohibition. The data is… read more »