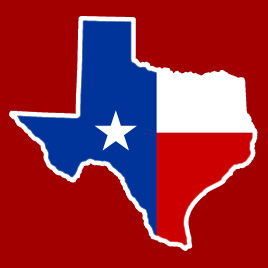 A recent survey by Public Policy Polling has found that Texans are fed up with marijuana prohibition. The data is clear, a majority of Texans support changing the state’s marijuana laws. It is not a question of if, but when marijuana will become legal in Texas and who will be the leaders of that movement. Twenty-three states have already passed marijuana reforms and two states have legalized recreational use of marijuana.

Under current Texas law, it is a criminal offense for a person to possess a small amount of marijuana, and he or she can be sentenced to up to a year in jail, and fined up to $2,000. An astonishing 61% of voters, including 55% of Republicans, support a change in the law to make it a civil, not criminal, offense to possess an ounce or less of marijuana for personal use, punishable by a fine of up to $100, but without jail time.

Medical marijuana is also gaining ground in Texas with 50% of Republicans and 67% of Democrats in favor of changing the law in Texas to allow seriously and terminally ill patients to use medical marijuana for a limited number of conditions if their doctors recommend it.

The third question related to changing Texas law to regulate and tax marijuana similar to alcohol. Similar to the measures passed in Colorado and Washington, stores would be licensed to sell marijuana to adults 21 and older for recreational use. A majority of 58% of voters voiced support and to the amazement of many, 48% of Texas Republicans are in favor of these changes to Texas law.

It is encouraging to see Republicans in Texas rejecting the failed policy of the War on Drugs. Current drug laws are unjust and immoral. Prohibition creates a dangerous black market that fuels many other types of violence. A legal, regulated market for marijuana would make it more difficult for children to access marijuana and provide lawful access for adults who chose a safer recreational alternative to alcohol.

Read the full results of the poll here.