Sizing up the 2016 Republican presidential contenders on their marijuana stances

We’ve taken a look across the field of the names being thrown around as Republican presidential contenders and collected their thoughts on marijuana policy. 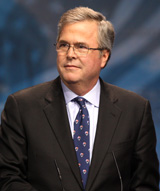 Jeb Bush is the former Governor of Florida, a state whose residents are voting on a ballot initiative to legalize medical marijuana this November. He has recently weighed in on the issue with a statement to “strongly urge” a no vote.

His statement:
“Florida leaders and citizens have worked for years to make the Sunshine State a world-class location to start or run a business, a family-friendly destination for tourism, and a desirable place to raise a family or retire. Allowing large-scale marijuana operations to take root across Florida, under the guise of using it for medicinal purposes, runs counter to all of these efforts. I believe it is the right of states to decide this issue, and I strongly urge Floridians to vote against Amendment 2 this November.”

Though he’s clear on his feelings about medical marijuana, Bush is not sure how a president should react to state-by-state reform while marijuana remains illegal federally.

“But having said that,” he continued, “if you’re in Colorado and you can purchase marijuana openly, should people in Wyoming not be concerned about that? And I think there, maybe, the federal law needs to be looked at — interstate commerce.”

Kentucky Senator Rand Paul has been the most outspoken in the field of Republican presidential contenders on the topic of marijuana policy. 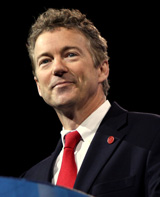 Medical Marijuana
Paul co-sponsored an amendment in the Senate to limit DEA raids in legal medical marijuana states. The bill is similar to the one passed in the House in a historic vote in May. Paul also introduced an amendment to the “Bring Jobs Home Act” which would allow states to “enact and implement laws that authorize the use, distribution, possession, or cultivation of marijuana for medical use” free from federal raids.

Industrial Hemp
Rand Paul is a champion of industrial hemp in Kentucky, which is legal for research purposes. Paul and Minority Leader Mitch McConnell succeeded in passing a measure in the 2014 Farm Bill providing for hemp research by universities.

Chris Christie has repeatedly denounced the war on drugs as a “failure,” yet prefers the route of drug courts rather than taking the issue out of the criminal realm. 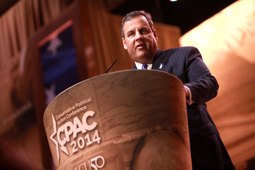 Christie signed a bill in 2012 requiring drug treatment for low-level offenders in lieu of prison time. Defendants attend meetings and other strict requirements of the five-year program.

“We have tried now, for 40-plus years, a war on drugs that is broad and wide against everyone involved in drugs in America, and it hasn’t worked, it hasn’t worked. What works is giving those people – non-violent drug offenders, addicts – the ability to get the tools that they need to be able to deal with their issues. I put lots of people in jail for seven years, and violent sociopath drug dealers deserve to go to prison. That’s not the people I’m talking about. The people I’m talking about are the users.”

The New Jersey medical marijuana bill was passed in 2010, but is suffering from low enrollment and financial instability of the dispensaries. Christie believes the program’s issues speak to the inefficacy of marijuana as medicine. Supporters of the bill, however, say regulators have made the program too strict and expensive for doctors or patients to utilize. Another issue pointed to is the requirement of doctors to publicly list their participation in the program on a state website, which they’ve shied away from.

In his warnings against legalization, Christie said, “Go to Colorado and see if you want to live there. See if you want to live in a major city in Colorado, where there are head shops popping up on every corner, and people flying into your airport just to get high. To me, it’s not the quality of life we want to have here in the state of New Jersey.” 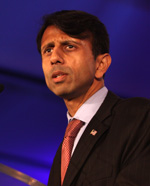 Jindal answered at a press conference, “I continue to be opposed to legalization of marijuana. When it comes to medical marijuana … if there is a legitimate medical need, I’d certainly be open to making it available under very strict supervision for patients that would benefit from that.”

The Times-Picayune asked Governor Jindal about his openness to reducing sentences for non-violent drug offenders. He responded, “I think it is better, for all of us, to help provide that treatment, instead of simply adding longer sentences.” 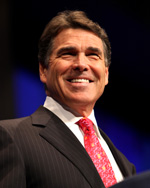 Perry said about his tenure as Texas governor, “As the governor of the second-largest state in the country, what I can do is start us on policies that can start us on the road to decriminalization.”

Perry does not support legalization, but as “a staunch promoter of the 10th Amendment,” he believes “states should be allowed to make those decisions.”

Perry’s comments in Davos prompted Jimmy Kimmel to ask, “In January, you said you might possibly favor decriminalizing marijuana in the state of Texas. Is that correct?”

Rick Perry: “Yea, we’ve kinda done that. What we did is, for over a decade, we’ve lowered the penalties. We’re trying to be smart about it. You don’t want to ruin a kid’s life for having a joint, and that was historically what you saw. We put drug courts into place and we, I think, are making really smart decisions about dealing with people, particularly when it comes to these small amounts of drugs. And we’ve been able to shut down a prison in the state of Texas. That’s conservative, man.” 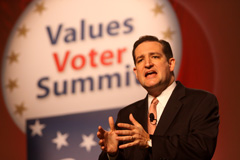 Senator Cruz from Texas has criticized President Obama for his lawlessness, which he extends to the Justice Department’s handling of marijuana legalization across the states. He believes the federal government should take up the issue, but is less clear on his position. Cruz has not had a chance to vote on an amendment similar to the one passed in the House to improve clarity between state and federal law in legal medical marijuana states, but when asked if he would support a bill that restores federal gun rights to medical marijuana patients, he answered affirmatively.

Senator Marco Rubio has been clear about his opposition to recreational marijuana. He has recently come out against the medical marijuana ballot initiative to be voted on this November in Florida. Rubio did, however, support the CBD-oil bill passed by the Florida legislature in 2014. 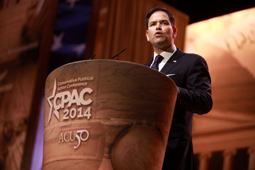 Marco Rubio told ABC News, “Marijuana is illegal under federal law. That should be enforced.”

He continued, “When something is legal, implicitly, what you’re saying [is] it can’t be all that bad, because if it’s legal, it can’t be bad for you. And the bottom line is, I believe that adding yet another mind-altering substance to something that’s legal is not good for the country. I understand there are people that have different views on it, but I feel strongly about that.” 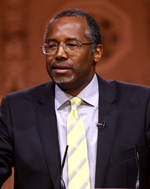 Ben Carson, a renowned neurosurgeon and author, is being drafted to run for president. I don’t question his knowledge of medical cannabis, which he supports, but I do question his knowledge of economics. He seems to think the 77 years of marijuana prohibition has not been enough time to discuss the ramifications of marijuana use versus the effectiveness of a zero-tolerance policy.

He tells Fox News’ Greta Van Susteren, “I think medical use of marijuana in compassionate cases certainly has been proven to be useful. But recognize that marijuana is what’s known as a gateway drug. It tends to be a starter drug for people who move onto heavier duty drugs – sometimes legal, sometimes illegal – and I don’t think this is something that we really want for our society. You know, we’re gradually just removing all the barriers to hedonistic activity and you know, it’s just, we’re changing so rapidly to a different type of society and nobody is getting a chance to discuss it because, you know, it’s taboo. It’s politically incorrect. You’re not supposed to talk about these things.” 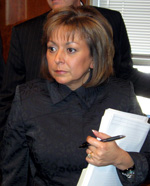 Susana Martinez is the current Governor of New Mexico, the first female Hispanic Governor in the US, and a former prosecutor and District Attorney. She is up for reelection in November. She has reacted to the local efforts in Albuquerque and Santa Fe, where citizens and councilmembers want to pass ordinances to decriminalize the possession of 0-1 ounces of marijuana possession within city limits. (Santa Fe’s ordinance was passed and Albuquerque’s vetoed after Martinez gave these comments.)

The AP also reports, “Martinez called the efforts political moves to get young voters to the polls.”

RAMP wants to know why that is a bad thing. People with a small government message should be reaching out to young voters. 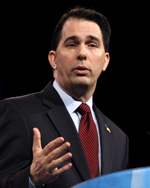 Medical Marijuana
Scott Walker, the Republican Governor of Wisconsin, has recently signed into law a bill legalizing a low-THC/high-CBD strain of medical cannabis oil that has been shown to help children suffering from epilepsy and other seizure disorders.

In the bill, doctors may only dispense the medication through an FDA-approved clinical trial. No doctors have contacted the state to start a trial.

Criminal Penalties of Marijuana Possession
Walker told reporters at a meeting of the Badger State Sheriffs Association that sheriffs had discussed with him concerns about any policy that could “open up the door to marijuana use legally in the state of Wisconsin.”

“They said when they talked about heroin and meth and other issues that they were still very concerned that (marijuana) was a gateway drug,” he said. 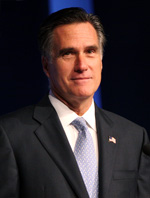 Will he run again? That’s not for us to decide, but we will try to pin him down on his marijuana stance.

Romney said to the Denver Post in October 2012, “I oppose marijuana being used for recreational purposes and I believe the federal law should prohibit the recreational use of marijuana.”

Soon after his spokesperson said, “Governor Romney has a long record of opposing the use of marijuana for any reason. He opposes legalizing drugs, including marijuana for medicinal purposes. He will fully enforce the nation’s drug laws, and he will oppose any attempts at legalization.”

This, of course, was 2012. Since 2012, seven more states passed medical marijuana legislation, Colorado and Washington have legalized recreational marijuana, and Alaska, Oregon, and Washington D.C. may soon follow suit.