Texas voters will push for marijuana legalization by 2019

This article was originally featured as part of the Baker Institute Viewpoints series.

Following the legalization of retail marijuana sales in Colorado and Washington, and medical marijuana in 22 states with more to follow, marijuana legalization appears inevitable — even in “law and order” states such as Texas. The question is no longer if Texas will legalize, but when? This question has important policy implications for incarceration costs, civil liberties and medical marijuana patients. In this Baker Institute Viewpoints series, five leading experts on marijuana reform examine the question, “When will Texas legalize marijuana?” 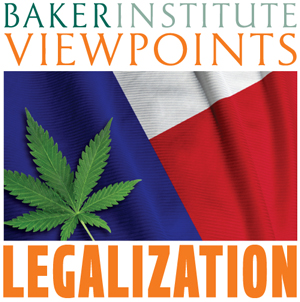 Texans often hear that this state will be one of the last to legalize marijuana. Public opinion in Texas, however, is changing rapidly in favor of some type of reform. The 84th legislative session could usher in a historic floor vote on medical marijuana and reducing criminal penalties for marijuana, but legislators will only seriously weigh the issue if they are pressured by constituents.

Texans have observed positive results in the states that have successfully pushed for new marijuana policy. Colorado legalized recreational marijuana this year and has seen a slight drop in crime from the same period in 2013. Furthermore, marijuana prohibition has been shown to be ineffective. States that penalize small amounts of marijuana possession with a fine versus those that serve an arrest and possible jail time have seen comparable rates of teen marijuana use. Students in states with legal medical marijuana programs are no more likely to smoke than in states without. Researchers from the University of Texas at Dallas, by pulling data on the years 1990 to 2006 from the FBI’s Uniform Crime Report and comparing states with and without medical marijuana programs, discovered that “MML (medical marijuana legalization) is not predictive of higher crime rates and may be related to reductions in rates of homicide and assault” and “robbery and burglary rates were unaffected by medicinal marijuana legislation.”

Despite the results, some politicians will not support a reduction in the criminal penalty for marijuana possession out of fear of appearing soft on crime.

One recent exception is Gov. Rick Perry, who recently participated in a drug policy panel at the World Economic Forum in Davos, Switzerland, alongside former U.N. Secretary-General Kofi Annan and the president of Colombia. He commented, “As the governor of the second-largest state in the country, what I can do is start us on policies that can start us on the road to decriminalization.” Later appearing on Jimmy Kimmel, Perry said, “You don’t want to ruin a kid’s life for a joint.” He referenced Texas’ drug courts and diverting first-time drug offenders into probation rather than prison. Perry also quipped, “We’ve been able to shut down a prison in Texas. That’s conservative, man!”

Cutting waste from the Texas Department of Criminal Justice is beneficial, conservative and smart on crime. To save resources at the front line, through law enforcement and in the courts, Texas can focus on its 72,000 arrests for marijuana possession in 2012. Fiscal conservatives, take note: Each arrest requires a police officer, a jailer, two prosecutors, a defense lawyer, a court clerk, a judge and likely a probation officer. The ACLU estimates that $251 million was spent on enforcement of marijuana possession in Texas in 2010. Nearly 98 percent of all marijuana arrests were for possession — not growers, kingpins or distributors.

Almost half of Texas’ marijuana possession arrests are of people 21 years and younger, and over 75 percent are of people under 30. Far from being decriminalized, any amount of marijuana under two ounces can be charged as a class B misdemeanor. Thousands of young people are permanently branded by a drug violation on their criminal record, a large percentage of which are low-income, low-opportunity kids.

The thought behind locking people up for marijuana — a substance with zero recorded overdose deaths — was to create a perception of danger. Politicians believe that any wavering from zero tolerance will equate to an outright government endorsement of marijuana use. As a recent article about politicians’ responses to marijuana noted, “You might think that of all the influences that might push a teenager to try pot, what a politician said about it would rank pretty low.” Apparently, that’s correct. Half of adults nationwide admit to trying marijuana, and even in the face of increasing arrests, there have been no substantial reductions in marijuana use or availability.

Meanwhile, in Texas, we have to face political reality.

First, Texas does not have a voter referendum model like Colorado and Washington, so any change in the law must be made through the legislature. Second, any legislator taking on the issue will have two major concerns: their donors and their next election. Since Texas is a heavily red state, the Republican primary season is routinely a competition between candidates to out-conservative one another; the accusation of being soft on crime can sound your death knell.

If Texans want policy to change, they need to convince their representatives that marijuana law reform is smart on crime. The last session made the most progress in this effort with state Rep. Harold Dutton’s bill passing out of the House Criminal Jurisprudence Committee with bipartisan support. Dutton’s bill would have reduced possession of less than one ounce of marijuana from a class B to a class C misdemeanor. The bill was never scheduled for a vote on the floor of the House and was amended in committee to apply only to those under the age of 21. Even with caveats, the progress is impressive, and only one step short — through the Calendars Committee — from a full vote in the House. More than ever, marijuana reform is gaining momentum, and 2015 should see a bill passing through either the Texas House or the Senate to a vote. As other states like Alaska, Oregon and California move forward on legalization, the entire country will be affected by how well it proceeds. By 2019, the pressure on Texas to legalize marijuana, based on the positive experiences in other states, will be great enough to force a positive vote. 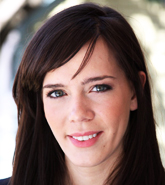 Zoe Russell is the assistant executive director of RAMP (Republicans Against Marijuana Prohibition). She is an active member of Houston Young Republicans and served as a state delegate to the 2012 and 2014 Texas GOP Conventions in Fort Worth.