The 2014 International Students for Liberty Conference held from February 14-16 in Washington, D.C. hosted dozens of speakers with several addressing drug policy. Jason Miller, Communications Director, and myself returned home with some valuable insight and advice.

During the audience questions, I was able to address Amash by first thanking him for co-sponsoring the Respect State Marijuana Laws Act, which would protect lawful medical and recreational marijuana users and distributors from federal prosecution if complying by their state laws. Then my question.

“Do you believe that loosening marijuana prohibition is in line with conservative values, and what is the response from Republicans on the Hill to marijuana law reform?” 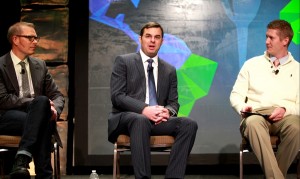 Representative Amash answered that ending the prohibition of marijuana is absolutely in line with conservative principles. When he is at town hall meetings back in his district, he says, public opinion is overwhelmingly in support of ending the federal ban of cannabis. The response is generally, “What is the federal government doing regulating marijuana?” Sounds pretty conservative to me.

Happily, Jeff Frazee reiterated my point about the opinion of other Republicans on the Hill, and this is where RAMP gained serious insight.

Amash explained how the mindset in D.C. works: most of these Congressmen and Congresswomen have been in office for several terms, adding up to 20 years or so since they have faced their last difficult election. These office-holders see their constituents as they were 20 years ago–deep in the culture of the war on drugs. While the representatives sit in the D.C. bubble, the rest of the country has seen spent money, jailed citizens, lost civil liberties, and no reductions in overall use.

RAMP members need to continually show what the polls already have. The public is ready to end the black market in marijuana. 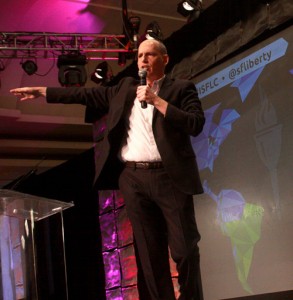 Another amazing speaker at ISFLC was the irrepressible Ethan Nadelmann, Executive Director of the Drug Policy Alliance. Nadelmann was gracious enough to meet with us outside of his speaking event for some master planning. 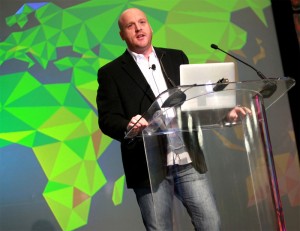 Another top-notch speaker was Radley Balko, author of Rise of the Warrior Cop. Balko is a libertarian journalist who writes for Reason, the Washington Post, and the Huffington Post. In his book, Balko has masterfully detailed the history of SWAT teams in modern policing with the erosion of the Castle Doctrine in American law. These two phenomena hit their perfect storm–converging in the war on drugs to the point where SWAT teams are commonly used to conduct no-knock raids to serve arrest and search warrants on non-violent people suspected of drug offenses.

Another great take-away from the conference: On the final day, I ran into a Membership Coordinator for the Marijuana Policy Project (MPP) who said, “I think Republicans should be seizing on this issue. Why are they leaving it to Democrats?”

Oh how refreshing. My thoughts exactly!

This entry was posted in Republican Support. Comments are currently closed.