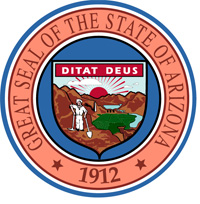 Arizona has a medical marijuana program, however still treats non-medical users with steep criminal penalties. The Arizona legislative session will begin on January 12, 2015, so now is the perfect time to get involved. Contact us to be connected with the newly forming RAMP Arizona chapter!

Arizona voters passed Proposition 203 in 2010 which allowed certain patients to qualify for a medical marijuana card. Qualifying medical conditions include:

Beginning January 2015, Arizona will accept applications for those suffering with PTSD.

Possession of marijuana for personal use up to two pounds is a class 6 felony in Arizona. The maximum fine for a first-offender is $150,000. Those convicted face up to 18 months in prison. These penalties are among the harshest in the United States.

In 2014, HB 2474 was introduced, yet not advanced past the Rules or Judiciary Committees. The bill would have changed the penalty for 0-1 ounce of marijuana possession from a Class 6 felony to a civil penalty with a fine up to $100. It would also reduce penalties for greater amounts of marijuana possession. There were no Republican co-sponsors on this bill. In the 2015 session, RAMP needs to make this bill bipartisan. 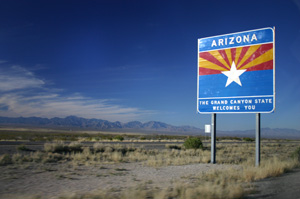 “Entering Arizona on I-10 Westbound” by Wing-Chi Poon

There are two routes to legalization in Arizona – through the legislature or through a ballot initiative.

In the 2014 session, HB 2558 was sponsored by Rep. Ruben Gallego (D-16). Gallego has since retired to run for Congress. The bill was assigned to the Rules Committee where it did not advance. The legislative session is coming up fast. Get to know who represents you in the Arizona House and Senate. Ask them to support a bill to legalize marijuana or reduce criminal penalties for marijuana possession and sale.

Safer Arizona fell short of signatures for the ballot initiative to regulate marijuana like alcohol in 2014. They are gearing up for 2016 and another try for the required 260,000 signatures.