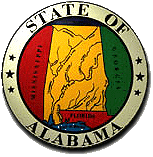 Alabama has strict criminal laws against marijuana possession and distribution. There is no broad medical marijuana program, however Carly’s Law is a recently passed CBD-only bill for patients with epilepsy. It is unclear, however, when patients will be able to access the needed CBD oil.

The Alabama Legislature passed Carly’s Law in April 2014, a bill allowing limited access to cannabidiol (CBD). Cannabidiol is a non-psychoactive component of Cannabis that has been used successfully as a treatment for seizure disorders in legal medical marijuana states. The bill was co-sponsored by Republicans Allen Farley and Mike Ball in the House and Paul Sanford in the Senate. Carly’s Law provides five years of funding for a study of cannabidiol as a treatment for epilepsy at the University of Alabama at Birmingham Department of Neurology. An issue is the waiting period for FDA, DEA, NIDA, and other agency approvals, which was estimated by the Chair of the UAB Department of Neurology to be at least six months. Approvals are not guaranteed. The bill states that prescriptions may be given by UAB physicians for CBD. With a prescription, a patient or their caregiver has an affirmative defense (meaning they cannot be found guilty) in a criminal trial for marijuana possession. It remains to be seen when and if UAB will be able to prescribe CBD and where the CBD would originate.

In Alabama, any amount of marijuana for personal use is a Class A misdemeanor. The maximum punishment is one year in jail and $6,000 in fines. Sale of marijuana (and intent to sell marijuana) or a second conviction for marijuana possession is a Class C felony. The sentence range is 1 to 10 years in prison and a fine up to $15,000.

The Alabama Legislature is not in session, but will return on March 3, 2015. Get to know your State Senator and State Representative now. Contact them repeatedly to let them know why Republicans should support an end to marijuana prohibition. RAMP does not have an Alabama chapter. Contact us about starting one!