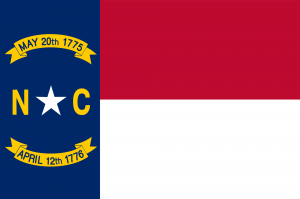 I’d like to introduce myself, my name is Dave Hargitt, I am the founding President and Board Chairman of North Carolina Republicans Against Marijuana Prohibition.

Other than the three years I attended Purdue University, a year in Korea, and two years at Hunter Army Airfield, I have lived in Fayetteville, North Carolina, since early 1990. I retired in 2013 with 25 years of service and we decided to call North Carolina our home. As my wife and I have spent the majority of our adult lives here, this area already felt like home.

I have been a Republican since I was 10 years old and recall being at home sick with the flu when President Reagan was shot. From that day forward I, ironically due to Michael Fox’s influence, became what I like to refer to as an Alex P. Keaton Republican.

Eventually just like Michael J. Fox, in 2007 on my 4th deployment to Iraq, I was medically evacuated. In early 2008, I was diagnosed by doctors at UNC with Parkinson’s disease. Another irony is that my wife was diagnosed with multiple sclerosis in 2002. We both went to Mayo Clinic in 2009, and although there is no way to definitively say for sure, the doctors believe from reviewing medical records that I was exposed to toxins that I then passed to her. This led the doctors to believe her MS and my PD can be directly related to my service during Desert Shield/Desert Storm. In September 2011, doctors at UNC placed a device in my brain called a Deep Brain Stimulator or DBS. Without that device and cannabis, I would be home bound due to sever dyskinesia from the Dopamine replacement therapy currently available on the market.

When I was still an impressionable young man, I believed the war on drugs and the evils of marijuana hook, line, and sinker. With the ever-resounding commercial seeming to play endlessly with the big black frying pan and an egg. “This is your brain, and this is your brain on drugs.” I completely believed that because my Government told me to believe it.

That is, until I started doing research on cannabis. I found that there had been positive medical studies that cannabis helps with symptoms of MS and PD. Further research also found that CBD had amazing effects on epilepsy and cancer; THC had astounding effects on ALS, Huntington’s, and also cancer with the list of additional diseases close to endless. With the research that I had found, I suggested to my wife that she try it. And when my wife began using cannabis in the evenings to relax her muscle spasms so she could sleep and be pain free, the results were astounding. I was sold at that point and now believe there is no way that anyone can tell me Medical Marijuana should continue to be illegal in North Carolina. Why is it? Politics, money and a continued belief and philosophy that “reefer madness is real.” Fortunately it is not!

Well, we were in quite a conundrum. Here I am, an Army Officer telling my wife to commit a “CRIME” in order to get relief from the symptoms of MS when nothing else worked. Doesn’t this seem absurd to you? Definitely does to me.

I would like to offer to the Republican Caucus the opportunity to really do something amazing for patients, veterans, caregivers and families in North Carolina. It is time that legislators give back the decision making to the patient with doctor supervision. We deserve dignity and respect to make our own medical decisions, NOT A CONTINUED FAILED WAR ON DRUGS MENTALITY! We are not criminals, please stop treating us as such.

Join us in North Carolina! Email info@rampgop.org to get plugged in to the exciting work David is leading.