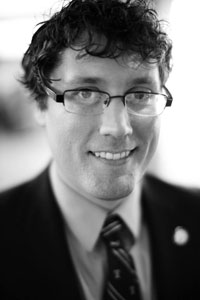 Shem Kellogg is running for State Representative to serve Atkinson and Plaistow (Rockingham 14). Shem is the chair of his Republican Town Committee. He is an elected member of his town planning board and an appointed member of his regional planning commission. He is a Son of the American Revolution and active in his community as a member of the Lions Club and local fish and game club.

Shem is a civil engineer who specializes in municipal infrastructure. As an engineer, Shem applies scientific knowledge and ingenuity to develop cost-effective solutions to real-world problems. Relying on years of experience, he exercises sound engineering judgment to deliver quality product with minimal risk to the public’s safety. His responsibilities include planning, organizing, motivating, and managing resources.

RAMP: Why do you think marijuana prohibition is not in line with conservative principles?

Kellogg: Marijuana prohibition is unconstitutional, burdens the American taxpayer, and is the antithesis of personal responsibility. Healthcare decisions should be made by doctor and patient, not the government.

RAMP: Did you always believe marijuana policy reform was necessary, or is it a viewpoint you came to recently?

Kellogg: I began to question cannabis prohibition when I first learned that alcohol prohibition required an amendment to the constitutional. How is cannabis any different?

RAMP: Do you have a friend or family member that has or could benefit from medical marijuana?

Kellogg: My uncle was diagnosed with pancreatic cancer. After several rounds of chemotherapy and two trials with experimental drugs he was prescribed medical cannabis. He found that it reduced the nausea caused by chemotherapy. It also helped to treat his pain. He didn’t need to take as many prescription narcotics, which he said made him feel too distant. He felt too weak to proceed with a fifth chemo round and the medical cannabis helped him cope with the stress and anxiety of knowing the inevitable was coming. My uncle was at peace when he passed in 2011.

RAMP: When did you learn that marijuana has medicinal benefits?

Kellogg: In the mid to late 1990s, when states began nullifying unconstitutional laws by legalizing medical cannabis, I began learning that cannabis has medical benefits and has been used as a traditional medicine for thousands of years.

RAMP: Do you have a friend or family member that has been negatively affected by an arrest for marijuana possession?

Kellogg: I have a Marine Corps Iraq War combat veteran friend who suffered from Post-Traumatic Stress Disorder. The VA hospital prescribed him five medications for his PTSD symptoms. Suicide was a possible side effect from three of the medications. Cannabis was decriminalized where he lived so he opted to treat his condition that way. He moved to a different state, continued to medicate, and was arrested for possessing cannabis while in his own home.