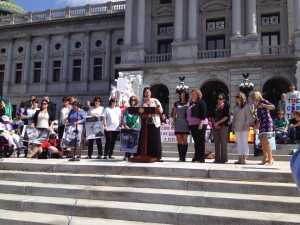 The Compassionate Use of Medical Cannabis Act (Senate Bill 1182) would permit Pennsylvanian doctors to prescribe extracted oil, edible products, ointments and vaporization to patients with certain debilitating medical conditions. Introduced by Republican State Senator Michael Folmer, the bill passed in the Senate last week 43-7, and awaits consideration in the Republican led House. Unfortunately with the current Congressional session ending in a few days in addition to a lack of broad support in the House and with Republican Governor Corbett, hope for passage will have to be rekindled in 2015.

Although one may find it heartening to see fewer restrictions on cannabis consumption generally, having such a limited scope on the medical conditions outlined in the bill as acceptable for cannabis prescription not only ties the hands of accepting doctors in the medical community but also of the cannabis movement in general. Studies supporting cannabis use for myriad conditions and denying the harm of recreational cannabis use are numerous; any and all legal frameworks for usage seem arbitrarily drawn (because they are). In fact, in this bill, a larger scope for diseases covered was narrowed down after the bill was introduced, and it was not narrowed down due to any medical knowledge presented. 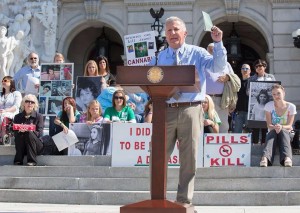 In comparison to the rest of the country, Pennsylvania is ripe for progress despite having obstacles in the House and Governor’s mansion. The Governor’s suggestion for the establishment of a ‘pilot program’ rather than outright granting doctors and individuals the ability to choose their own means of treatment is indicative of the climate. Hopefully 2015, a year without an election and a new Congress, will be the year KeyStoners are finally granted the right to choose their own means of treatment.

The Campaign 4 Compassion, a group of dedicated parents working for a safe treatment solution for their kids, released the following statement:

“It’s taken us a few days to process what happened last week. Our bill, our precious bill that we’ve watched as it made its journey through the Senate was picked apart, sections of it left almost unrecognizable. The Compassionate Use of Cannabis Act, or SB1182, sponsored primarily by our heroes, Mike Folmer and Daylin Leach, upon being voted out of the Appropriations committee was amended, leaving out roughly 35 qualifications and prohibiting now, not only smoking, but vaporization as a delivery method as well.

We’ve heard a lot from legislators that they don’t want to be involved in our medical care. We would argue that as soon as key officials decided which types of ailments will be excluded from this bill, that they took it upon themselves to play doctor. Now to be clear, there is a provision in SB1182 that states patients can petition to the board overseeing the program in PA to have their specific condition added. We can’t help but wonder though, how many patients will have the strength to jump through these hoops, when they can barely gather the strength to make it out of bed at times? 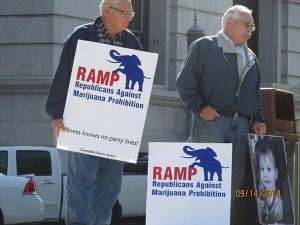 Make no mistake, however, the Senate vote (43-7) was still something to celebrate. We’ve been told from day 1 that it could take 5 years to get this legislation passed. The fact that it not only passed, but passed with overwhelming support, was cheerworthy. As many of us sat in the gallery, quiet as church mice, listening to the aye’s and nay’s, adrenaline swelled in us, tears flowed, and alas, when the floor moderator announced the passage, the 43 compassionate Senators received a standing ovation from the crowd above. We’d like to think that may have been a first.

It’s hard to know how to move forward from here. The great thing is, we don’t have to know. There are too many variables at play for us to know exactly how to proceed. Realistically, it is highly unlikely that this bill will reach Governor Corbett’s desk, at which time, he will finally get the chance to veto it, just as he seems to take pleasure in reminding us he’ll do. As Senator Lloyd Smucker proved, you can hold up the legislative process for an entire day just by introducing additional amendments. Given the fact that there are many ultra-conservative, arguably misguided on the topic of medical Cannabis, Representatives in the House, we may not see much in the way of progress, but instead, deliberate stalling, by way of amendment proposals. And as it is, truthfully, we’re working on borrowed time.

But this too shall pass. And what would we be doing differently if we could predict the outcome of this struggle? We’re still going to wake up each morning ready to educate, ready to advocate. We’ll still be at the Capitol each week to shake the hands of our supporters and to drop off information to those who we seek support from. We’ll still be researching as we stay up at night watching over our loved ones, putting our hands on their backs to make sure they’re still breathing. And we’ll be doing this next session too. Whether or not this bill passes, we still have a lot of work to do. 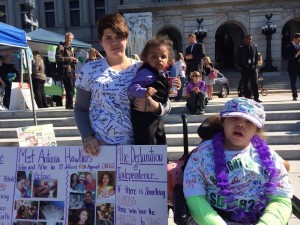 We can only hope and pray that more of our state’s public servants will rise to the occasion and take a stand for the many sick and suffering people they promised to represent. In the meantime, we must give our most sincere gratitude to the ones that already have. The legislators didn’t just vote for a bill, they voted for lives to go on. The question is often asked: “What kind of message does this bill send to our youth?”. Make no mistake, the expedition of this bill sends a powerful message. Passing a compassionate use bill conveys to the public, more specifically to our youth, that the legislators are invested in the health and well being of the people who’ve elected them. After all, a nation’s greatness is measured by how it treats its weakest members especially the sick, the dying, and the handicapped. By passing a compassionate use act, our legislators are upholding the dignity and value of ALL human life.”