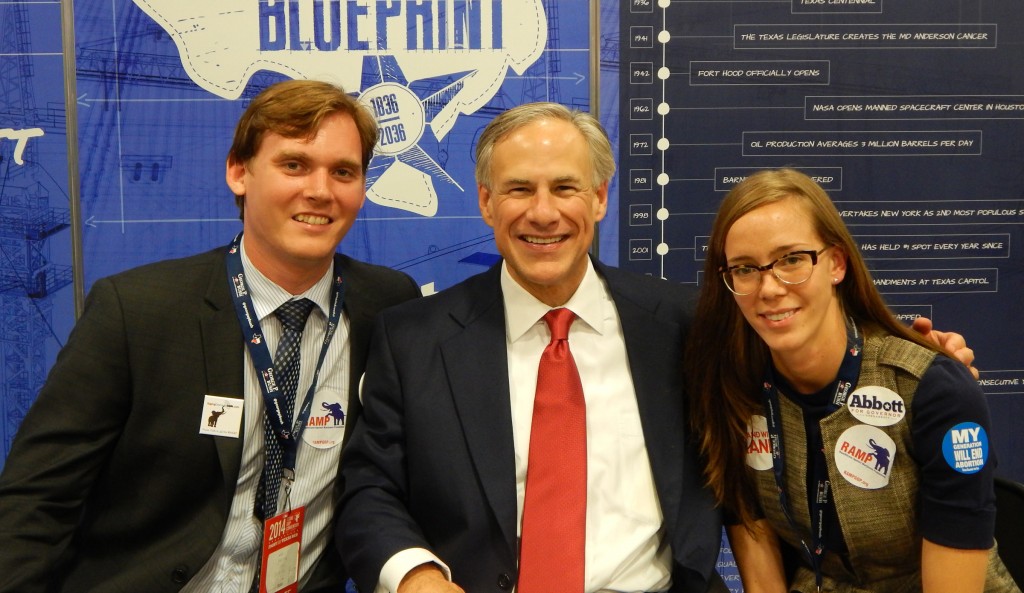 The Republican Party of Texas voted against adopting language into the party platform to support allowing for the medical use of cannabis prescribed by a doctor. We expected this to happen and we consider the floor debate a major success. The entire delegation of almost 10,000 delegates listened to arguments in favor of allowing patients to have safe and legal access to a medicine that has tremendous benefits. Our heroic Veterans suffering from PTSD, our precious children with severe epilepsy and autism, cancer patients, MS patients, and many others.

Our opposition’s overwhelming concern is the safety of our communities. They’re skeptical of recreational use and they are absolutely right to be concerned about this. As Texas Republicans, we need to understand this very clearly: we don’t have SAFETY under prohibition today. We have a dangerous black market. We have drug dealers in our classrooms, gang members on our streets, and drug cartels crossing our borders. Our brave men and women in law enforcement have to risk their lives enforcing the prohibition of a plant, a prohibition that has been a total failure. It’s easier for high school students to get marijuana than it is for cancer patients.

Dr. Teryn Driver, from Galveston, made an emotional argument about children suffering from severe epilepsy and she passionately educated the delegation about cannabidiol (CBD).

Ann Lee told us about her son, educator and entrepreneur, Richard Lee, who experienced a workplace accident resulting in a spinal injury in 1990, which left him in a wheelchair as a paraplegic. His situation is very similar to our future governor, Greg Abbott. She explained that Richard’s use of medical marijuana provides tremendous relief of his muscle spasticity and chronic nerve pain.

The opposition expressed sympathy towards medical marijuana patients and acknowledged that it is helpful to them but stated that it ultimately does more harm than good. What they really need to understand is that prohibition causes overwhelming harm and accomplishes absolutely nothing.

They also argued that medical marijuana is already available via the FDA-approved Marinol. While some of the delegation may have believed this claim, here is the truth: Marinol is not medical marijuana; it is a synthetic THC pill. There is a huge difference. Natural marijuana has over 70 active chemicals known as “cannabinoids” which have different medicinal and therapeutic properties. CNN’s Dr. Sanjay Gupta, has reported extensively on the importance of using the natural plant. He calls this ‘the entourage effect.’ Using synthetic THC may not help with nausea because the patient may vomit before the pill can take effect. It does not help with epilepsy because it does not contain CBD, which is an anti-inflammatory. While it does help with some conditions, there are serious and concerning disadvantages to using a synthetic THC pill.

The Texas GOP is now fully aware that RAMP is a force to be reckoned with. During this 2014 session, we coordinated with several other groups, which (prior to the convention) were unaware that RAMP existed. Medical marijuana advocates, many of them parents, patients, veterans, medical doctors, as well as other pro-freedom Republicans, helped us in our efforts. A plank supporting hemp cultivation was adopted into the official party platform by unanimous vote. We helped pass an amendment through the temporary platform committee supporting Texans having legal access to medical cannabis prescribed by a doctor. The amendment passed with a 15-14 vote. The following day, we had a major impact on the election of members to the permanent platform committee in each senate districts. While the plank supporting medical cannabis failed before the permanent platform committee, we were able to file a minority report signed by 8 members of the committee supporting adding this amendment back into the platform. In addition, the committee passed a platform amendment supporting research into the medical efficacy of cannabis. This language was ultimately stricken from the party platform on the floor after very limited testimony and a very close vote.

Zoe Russell, a delegate from Houston, testified that Texas prides itself on medical innovation and that getting our federal government out of the way of promising scientific research will be a tremendous benefit to our medical community. She pointed out that as Republicans, we don’t like federal interference in our healthcare choices and that should include the ability to conduct medical research. Her remarks were met with roaring cheers and applause.

Our opposition’s only real strategy was to move to end the debate as quickly as possible. They don’t want the delegation to hear our message. They don’t want any discussion about changing these laws. They’re afraid of anything other than the status quo. We will keep working and we will continue winning people over.

The Texas GOP’s lack of support for medical marijuana is in direct conflict to all our Republican values:

We are pro-life – Medical marijuana saves lives and improves the quality of life for so many that are suffering.

We are pro-faith – Faith-based treatment is oftentimes the best form of treatment available to help people suffering from alcoholism and drug addiction.

We are pro-family – Prohibition tears our families apart. Children grow up with the shame of having an incarcerated parent. Our loved ones have to move to other states to get treatment. Let’s bring our loved ones home.

We are pro-privacy – Even the mere suspicion of our government detecting the odor or aroma of this plant and we lose our 4th amendment rights immediately. The government can then search us without consent, our cars, our homes, and even inside our bodies.

We protect our children – Dravet syndrome, pediatric epilepsy, and severe autism are rare cases in which medical marijuana can save children’s lives and provide tremendous relief. In other cases, children are severely injured or even killed as a result of law enforcement.

We support our veterans – PTSD is a serious condition affecting many of our veterans who’ve bravely served in Iraq, Afghanistan, and other conflicts. Our VA is an utter failure. Medical cannabis has shown promising results in treating this disorder.

Secure the border – The black market marijuana trade is especially dangerous in Texas. Drug cartels are absolutely desperate to get marijuana over our border and the violence and bloodshed spills over with it. Let’s put a stop to this.

Free market healthcare – Denying the availability of medical cannabis based on an unpopular federal law is yet another unnecessary restriction of our healthcare choices.

Protect the doctor-patient relationship – Doctors need to have access to all treatment options. Medical privacy is essential to liberty.

Reduce spending – Billions of our tax dollars are wasted on a failed policy. All of us are paying for the prohibition of this plant. It’s a massive expense, which yields no value.

As Republicans, we support these values and we will not give up, we will not yield, and we will not compromise our beliefs. Our progress within the Texas GOP is having a tremendous impact. We’re making friends, forming alliances, gaining valuable exposure, educating people about the medical benefits of cannabis, and most importantly, we’re having fun.