How Does a (Marijuana) Bill Become Law?

For those in states without a ballot initiative, a bill must travel an interesting road to become law. 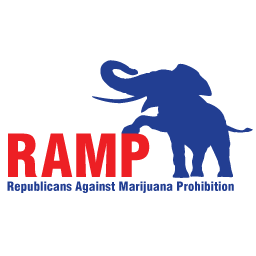 A bill is typically introduced early in the legislative session by the bill’s sponsor. There can be co-sponsors or co-authors that join in along the life of the bill to show their support. A bill can be introduced in either the Senate or the House (or Assembly). From there, it is assigned to a committee. The committee may be Jurisprudence, Judicial, Public Health, etc.–whatever committee is most relevant to study the bill.

Once in committee, the fate of the bill largely rests in the hands of the Chairman or Chairwoman. They have great power to “kill” a bill without any hearing. A hearing is when the committee calls for testimony in support or opposition to the bill or from a non-partisan group who may be asked to clarify certain provisions. A public hearing is when anyone can sign up to speak and give their personal testimony in support or opposition of the bill.

Even if there is no opposition for the bill, all the supporting testimony may fall on deaf ears and the committee chair may decline to vote on the bill. Alternately, the committee could decline to move the bill forward, again killing the bill in committee.

If your bill passes, it’ll wind up now in a scary place called Calendars Committee. The members of Calendars Committee (either in the House or the Senate) will decide if your bill is heard on the floor and when it will be scheduled for a vote. The committee can place your bill early in the session when it is likely to be heard, or it can be put in a dead zone toward the end of the session where it’s likely to be pushed aside for more pressing issues.

If the Calendars committee members have placed your bill on the schedule at a reasonable time, the entire House or the entire Senate (where ever the bill was originally introduced) will be able to amend the bill, vote on amendments, discuss the bill, and vote the bill through or vote it down. After passage out of the House or Senate, the bill would go to a committee in the other chamber to start the process over again.

This is a broad overview of how a bill becomes law. It’s a confusing process that can hit you with curve-balls the entire way through. The most important thing you can do to help the process along is to keep tabs on your bill, call your own representatives and committee members, show up to hearings, and bring 5 friends along at each step!

This entry was posted in Bills / Legislation. Comments are currently closed.