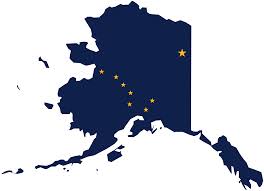 America’s “Last Frontier State”, Alaska, could become the third U.S. state to legalize the use of recreational cannabis on August 19, 2014. A statewide ballot seeks to mirror Colorado’s Amendment 64 and Washington’s I-502 initiatives by placing the issue in front of state citizens after obtaining more than 45,000 citizen signatures. The petition campaign seeks to permit persons 21 and older the ability to possess up to an ounce (28 grams) of cannabis for private personal use and cultivate up to six plants for personal consumption. Additionally, the state of Alaska will collect a $50.00 tax per ounce of cannabis at the manufacturing (wholesale) tier.

Alaska’s cannabis movement has been somewhat different than most states, because cannabis was legalized for personal, home usage in 1975 in the case of Ravin v. State, 537 P.2d 494 (Alaska 1975). The case involved an attorney who refused to sign a traffic ticket while in the possession of cannabis. The Alaska Supreme Court sided with the attorney and became the first and only final state or federal court of law to hold that a person has a right to personal use, cultivation, and privacy regarding cannabis in their place of residence. Although cannabis usage was recriminalized by state ballot initiative in 1990, possession of one ounce or less in your residence carries no criminal penalty. However, cannabis is still illegal under federal law and therefore possession is subject to federal prosecution under the Controlled Substances Act.

Alaska is proving to be a bright spot for pro-pot Republicans as the state overwhelmingly votes Republican in almost every election cycle. Republican Don Young, the state’s only Congressman, has backed a national pro-marijuana bill that would modify the Controlled Substances Act by granting federal prosecutorial immunity to anyone obeying state marijuana laws.